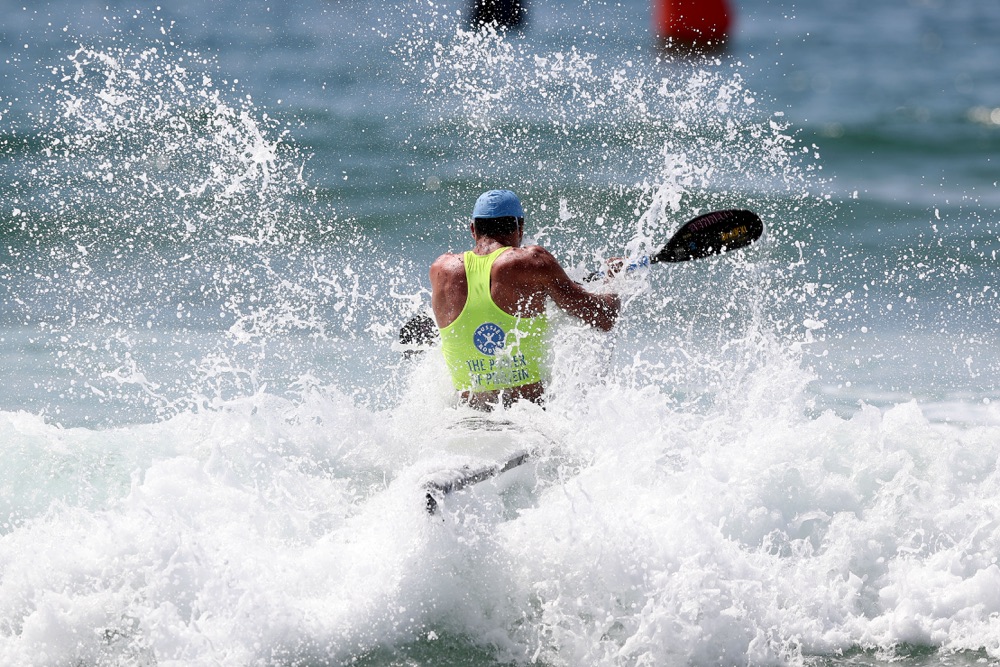 The GOAT is back on top
Its taken him 3 rounds, but “The Professor” has crunched the numbers and finds himself in a familiar spot back at the top of Nutri-Grain Ironman Series. Despite leading from the front in all 3 rounds Eckstein is still yet to take out a win this season. However, The 9 x Series Champion is the ONLY Ironman to have three top 5 performances this season and thus gaining that number ranking. After a ding-dong battle in the Nutri-Grain Ironman with eventual winner Kendrick Louis, Eckstein’s true class prevailed when his team needed him the most. The Aussie Bodies Taplin final was decided by a final swim-leg with 6 teams entering the water at the same time. But ultimately it was the swim by Eckstein that proved the difference. He out-swam, out -skilled and then outsprinted a star-studded field to take the win for his beloved Northcliffe Club in what was his teams first Aussie Bodies Taplin win for the season.
Goodness Gracious
The most impressive and dominant display of the weekend came from Manly teenager Grace Gurr who obliterated the White Ribbon Women’s Ski race. The 17 year old showed experience beyond her years to take out the ski final in a very impressive field that included the current World and Australian Champions in Danielle McKenzie and Hannah Minogue. After dominating all the junior rounds of the Summer of Surf we are excited to see Grace step up and take on the big names again in Torquay.
Brooksy’s purple patch
Max Brooks is on fire! At the ripe old age of 21, Brooks has been at the front of nearly every race this season and round 3 was no exception. After a solid 7th place finish in the Nutri-Grain Ironman, Max then backed it up with a 4th in the White Ribbon Ski race and then took home a win in the First National Board race. “Newport’s Favourite Son” now sits inside the top 3 for both the Nutri-Grain Ironman and First National Board Series and is leading the charge for Newport in the Technogym Club Series
Forsyth goes 2 from 2
Currumbin beach flagger Elizabeth Forsyth is now the athlete to beat in the women’s beach flags. “EJ” as she is affectionately known, is a perfect “2 wins from 2 starts” after winning round 1 and round 3 including an impressive victory over 10 x Australian Champion Mel Cracroft-Wilson up at Alex Headlands. After a strong off-season under super coach Brett Robinson, Elizabeth looks to be in career best form. The Currumbin Viking now sits in 3rd place overall for the Summer of Surf Flags Series and will have the target on her back for round 4 in Torquay.
The baby blue resurgence
With a few keys signings over the off season Manly Surf Club have developed one of the strongest athlete rosters you will find anywhere in Australia. With established names like Kendrick Louis and Stewart McLoughlin joining the “light blue-brigade” Manly have the strike power to make a late charge at the Technogym Club Series title. Athletes like Taylor Puskaric, Nick Dawe and Jay Furniss are consistently scoring points across a wide range of events. And when they lack experience they have young-guns like Naomi Scott and Harrison Stone who are stepping every week. With growing numbers and amazing depth-in-talent this club will be one to look out for in the “not so distant” future.