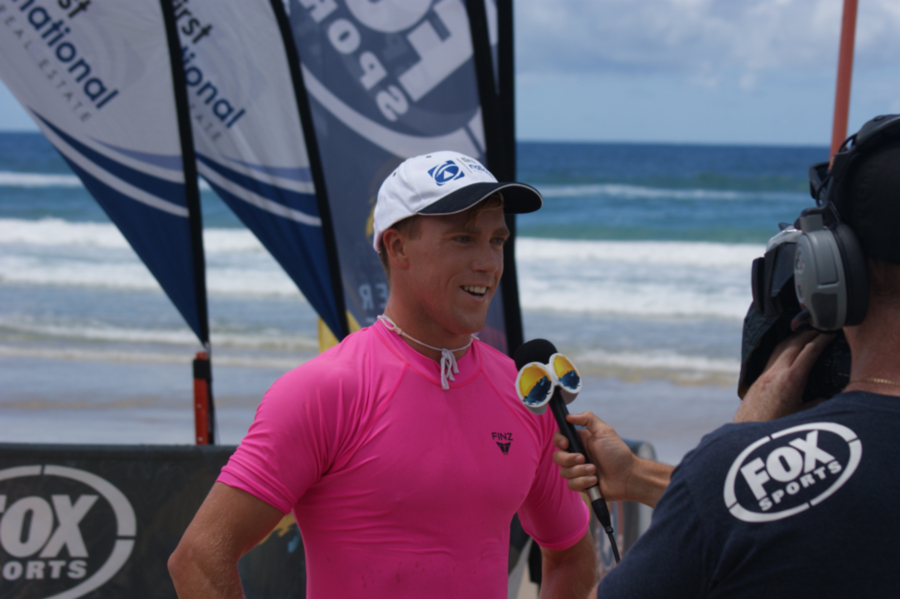 Round 10 of the Summer of Surf delivered some of the best racing with some of the most elite board paddlers in the nation stepping up for the First National Real Estate Board Series.

In the women’s event it appeared to be all Harriet Brown for ¾ of the race. Brown took the lead from the start and was looking strong as she turned the last can, but Jordan Mercer a 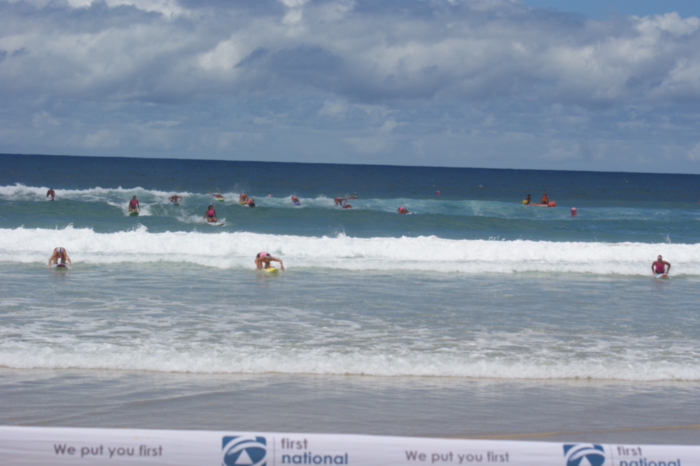 nd Maddy Dunn’s never give up attitudes saw the pair joining Harriet on the winning wave. It was Jordan Mercer that managed to sprint herself into another victory, now claiming 4 First National Real Estate Board races, with Dunn taking second and Brown third. With just one round to go before the final, Jordan Mercer has managed to claim number one on the leaderboard, but is merely 1 point ahead. With such a close overall pointscore the First National Real Estate Board Series Title is still well and truly up for grabs with Maddy Dunn, Harriet Brown, Karlee Nurthen, and Lizzie Welborne all eyeing off the top position.

Rhys Burrows managed to secure his first win of the season in the men’s First National Real Estate Board Series. Burrows has consistently been at the front of the Summer of Surf races, with his worst result so far a fourth, but the exceptional board paddler has been unlucky in a few races getting edged out of the top position. However in round 10 his fortunes changed, and his win has seen him jump into the first position on the leaderboard, overtaking Cameron Cole who now sits in second after leading the Series since round 6. Young guns Zachary Orchard, Jett Kenny and Isak Costello are all still in the hunt for the First National Real Estate Board Series Title, and will be desperate to have another great result before the Final.

The Summer of Surf heads to Newport in just 2 weeks, where round 11 will take place on the Saturday before the much-anticipated Grand Final on the Sunday. As the end of the Board Series comes closer, the athletes are determined to take out the first ever First National Real Estate Board Series Title, and will fight it out until the end.