Summer of Surf is back for the 2019-2020 season, with 3 amazing locations throughout Australia. The re-vamped series has a multitude of new and exciting changes including the additions of our Junior Series.

During the off-season a group of leading surf sports clubs formed an open group and have been working with Trent Goulding to re create the Summer of Surf Series (SOS) to fill the void where Ocean6 has been for the last 2 years. These carnivals are aimed at creating a meaningful pathway for iron athletes and specialist competitors in surf sports. SSRC Spokesperson Amy Somes said “We felt there was a gap in the market between the elite series and local carnivals that needed to be filled”.

The series will be called the “Summer of Surf (SOS)” and will consist of the following rounds:

Amy Somes went on to say “We planned that these rounds be held at/nearby locations and on the same weekend to the Elite Iron Series and the Surf Teams League so that clubs can manage athletes and club gear transportation.

The format of the new-look series will have the iron heats and dash for cash on the Friday afternoon, specialist racing and relay heats Saturday morning, followed by finals and then finishing with the Taplin on Saturday afternoon. There will also be racing for U17s and U15s, with their iron finals forming part of the finals package on Saturday afternoon.

Summer of Surf Series Director Trent Goulding said “We are incredibly excited with the inclusion of our Junior racing. Giving the next-generation the chance to race on the big stage, and rub shoulders with our sports biggest names is something we are really proud of”.

Not only will the Junior series race in the same arena as the open competitions, but they will also awards and prizes for their efforts. The junior series is “a step in the right direction” says Goulding. “These kids train just as much as our open competitors, and are really passionate about providing another stepping stone in becoming the best people and athletes they can be”.

After each round the host club will be holding drinks for the clubs/athletes and supporters. We encourage everyone to support these functions.

To ensure that the SOS series is successful we need as many clubs as possible to support these carnivals, as registration fees and host clubs support are our main sources of revenue. We feel strongly that this is an important pathway for athletes and surf sports and vital to maintain interest and support. 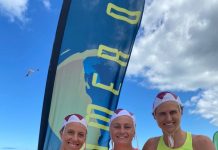 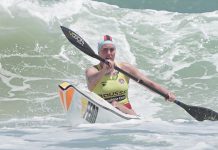