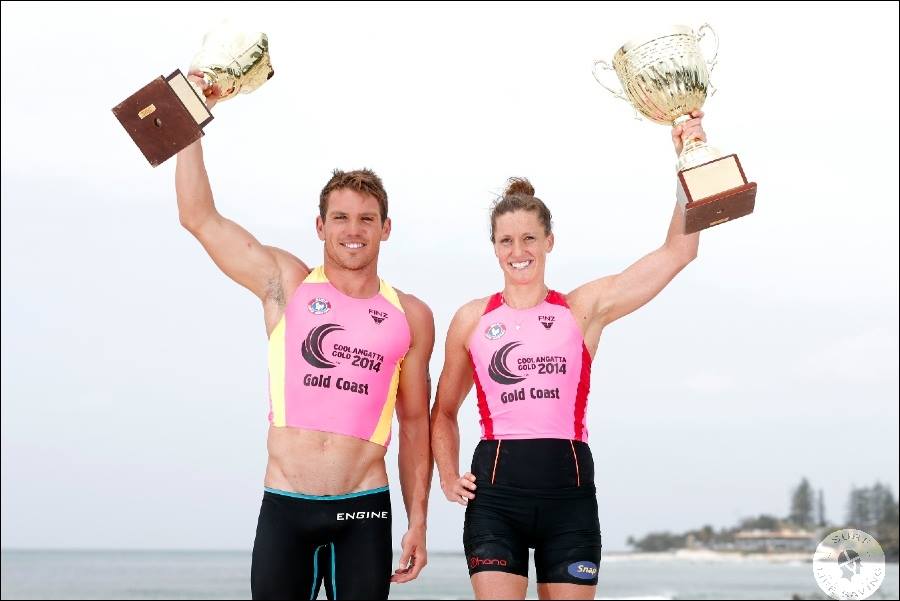 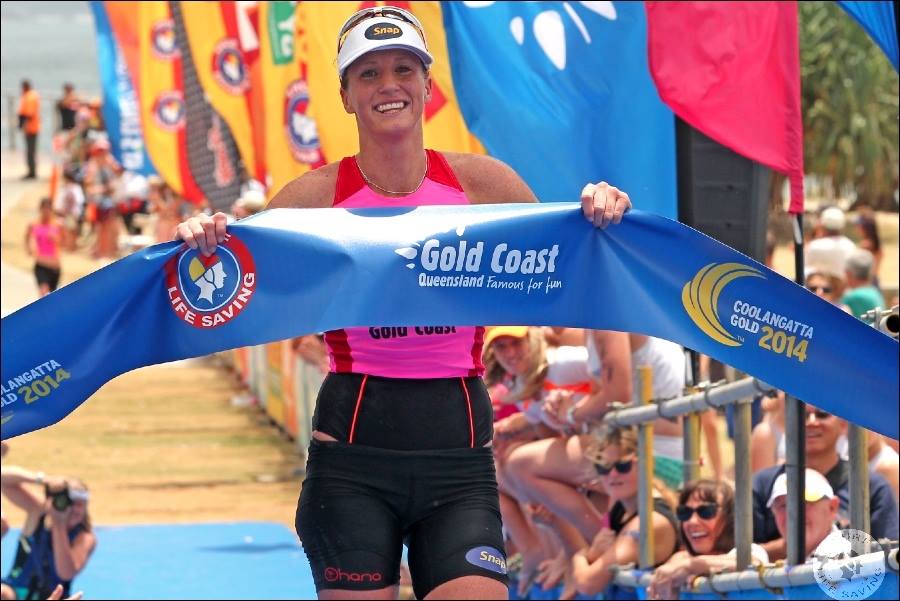 y.
Defending champion Pluimers admitted her defence of the Gold crown has been tougher than winning it a year ago thanks to rival Bec Creedy hounding her for the entire race.
Liz Pluimers chasing success in this season’s Nutri-Grain ironwoman series.
“But at the same time it makes it very special because it really was so tough,’’ Pluimers said.
Pluimers is looming as one of the favourites to dominate this season’s Nutri-Grain ironwoman series which kicks off in Western Australia later this month.

Ironwoman Liz Pluimers entered the Gold for a good endurance base.
But the ironwoman admitted she had to expend extra energy to win the race thanks to Creedy’s performance.
“The plan was if I got ahead to take it a bit easy and conserve some energy for the series in a couple of weeks,’’ s 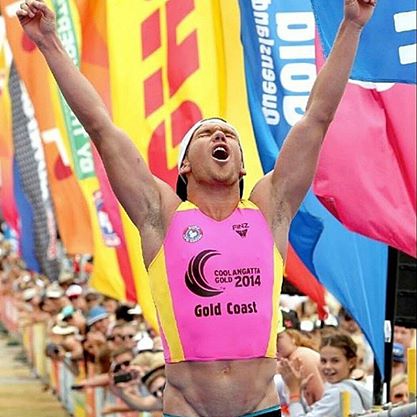 he said.
“I couldn’t do that with Bec racing the way she was.’’
Earlier Minogue finally tasted success in the arduous 41.82km men’s race in his farewell to the Coolangatta Gold.
The Sunshine Coast based ironman finished ahead of Jake Nicholson and Sam Bull for his first ever win in the race.
Five-time Gold champion Caine Eckstein was forced out of the race due to the pain of a torn bicep around 30km into the event.
“I really wanted to win, that’s why I tried to do it with the injury,’’ Eckstein said.