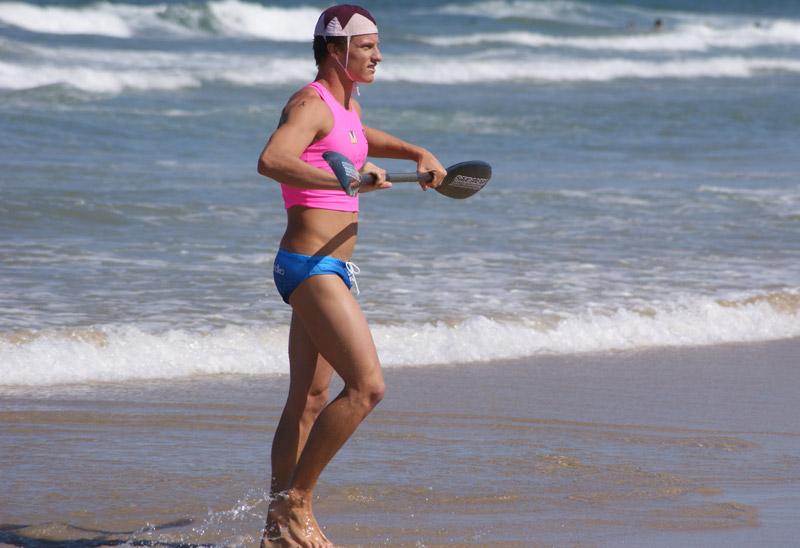 MAX BEATTIE is arguably New Zealand’s best ironman at the moment. Over the past two years he has gone from strength to strength progressing from a competitive junior into a tenacious open athlete.

Despite growing up in Australia he swapped the Boxing Kangaroo for the Silver Fern with his ancestral heritage linking him to Australia’s ‘other state’. An integral part of the winning Kiwi Surf Lifesaving worlds team last year Max see’s the switch as one of the best things he has done “Racing for NZ has given me has not only given me invaluable experience at the elite level. It has given me the support of a nation which I always proud to represent with my mates”.

Now the two times New Zealand Ironman Champion Max is looking to defend his Surf Ironman Qualifying Series title this year with vigor “it would be great to take out the series again this year.

I’ve had a strong off season and made a few changes in my program to make me a stronger and more competitive athlete”. Max is a strong swimmer and board paddler and has been part of many Australian Medal winning teams over the years. His weak point would have to be the ski leg but he assures us that he has been working hard on it to make it one of his strengths “My good mate Michael (Booth), is one of the best going around in the ski’s at the moment, and he has been really helping me with my technique and skills”.

Max is coming off a tough Nutri-Grain trials in September were a small mistake or you could say ‘act of God’ cost him a spot in this years Professional series. He was right in the mix in the first two rounds, sitting in 5th after day one, with 4 competitors through and inevitably 4 wildcards. However Huey wasn’t on his side in the third round. In his heat of the final round a wave brought through back markers and dumped on his chances of making the series. Despite this Max is looking forward to proving his worth this summer “for me the trials were extremely disappointing, I felt as if I had done the work, but it just didn’t happen for me on the day”. This exceptional level headed athlete further suggests that “I think it’s a good thing in a way, it’s made me hungrier and more determined to make a mark on the sport I love so much”. And he has done just that.

At the recent International Recue challenge in Japan, this October, Max took down his idol Shannon Eckstein for the first time. To add to this he became the first Ironman to beat Eckstein on the International stage, a huge feat for the 21 year old. “I had the race of my life, things went my way and I couldn’t be happier with the result”, he said. Max trains with the powerhouse BMD Northcliffe SLSC where he trains alongside Shannon and his brother Caine on a day-to-day basis “these guys are the best in the business and have been for sometime now. I am lucky enough to train and learn from them everyday.”

On a less serious side Max says despite living on a shoestring, as most athletes do, he wouldn’t want it any other way “I get to get up everyday, and do what I love, how many people get to say that?” Further he is a regular on the coffee circuit on the Gold Coast and hates wearing a shirt, as he states “Mum and Dad gave me a great physique why wouldn’t I show it off?”. He also values his Instagram (max_beattie91) greatly, and prides himself on his follows and likes> Zachory Orchard, a close friend told us, “he is always boasting to his us about how many likes he has or what chick has followed him, the guys obsessed”. However we have heard that Zac is just or worse but that’s another article all together.

Jokes aside, with the SIQS this year taking the top 3 competitors, Max will head down to the first round in Torquay in January with added confidence and the desire to reach his true potential.