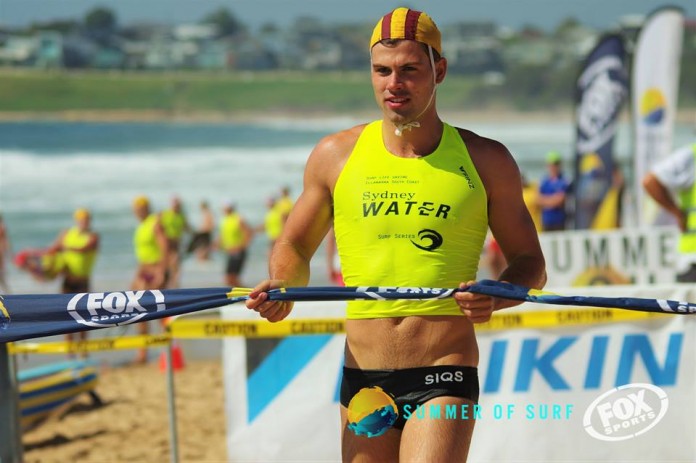 As the Summer of Surf has passed the half-way point for this season the overall Series’ leaderboards are starting to take shape. With professional Nutri-Grain Ironman and Ironwoman spots up for grabs in the Surf Ironman Qualifying Series (SIQS), the overall points are extremely important for every athlete.

Newport’s young stars Max Brooks and Georgia Miller are proving themselves to be strong forces in the coveted event. After both securing their debut appearance in this year professional series through the SIQS, they know just how important a strong start to the season is.

Brooks was disappointed with his final of the Ironman at Thirroul for round 4 of the Summer of Surf, however as his fourth final of the SIQS he was still able to move into the number one position! Max Brooks has proved that is one of the young guns to watch out for, and seems to be continually improving and lifting to a new level! At just 20 years of age it has become clear that Max has an exciting future as an Ironman, and he is clearly determined to fulfill his potential.

Georgia Miller had an extremely close battle with Jordan Mercer for the win in round 4 of the SIQS, and was just piped at the post. After winning round 3 of the Summer of Surf Ironwoman event, Miller had the confidence she needed in an extremely tough field. Now sitting at the top of the Ironwoman leader board, Miller is looking good for requalification into their second professional Series.

With 4 rounds to go Brooks and Miller will still have to work hard to stay at the top. The last Summer of Surf event for the season will be back at Newport beach, which the Kinghorn Newport Surf Racing Academy are extremely excited about! The hometown advantage may be the last step in taking out the overall title!