Race One Paddles have announced a significant boost to the Shaw and Partners Summer of Surf Series with a range of initiatives all designed to give back, reward high performing athletes and enhance the athlete experience on race day.

Race One Paddles Co-Founder Jimmy Walker looks forward to making a splash in the Shaw and Partners Summer of Surf Series.

“Having competed in ocean racing all my life I know just how important it is to both inspire and reward athletes as well as have them using the best equipment possible. Race One is excited to achieve both of these elements with some exciting initiatives made possible thanks to Race One and Shaw and Partners Financial Services.

Race One was founded by two of the world’s most accomplished paddlers, Dean Gardiner and Jimmy Walker, together with businessman and Shaw and Partners Co-CEO Earl Evans. Race One is committed to supporting Surf Life Saving and Ocean Paddling athletes as well as promoting racing events across Australia and providing opportunities for juniors development programs.

Race One is a collaboration with specialised manufactures to produce a limited series of paddles and is set to raise the bar for elite and beginner paddlers who want to paddle with the best. Whether you’re just getting into paddling or are an elite paddler looking for an edge next time you hit the water – check out Race One’s range of ocean ski paddles and surf ski paddles. Race One paddles are available in various lengths to suit the height of the paddler, and come in a range of colours so you can stand out on the water. 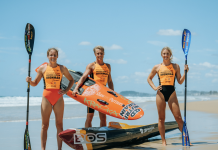 BIG RISK, BIG REWARDSURF SPORTS STARS PUT IT ALL ON THE LINE FOR THE GREATEST SHOW IN SURF 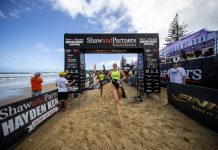 Lani Pallister would rather see you to win a Shaw and Partners Summer of Surf bonus than her win one herself……….well sort of. 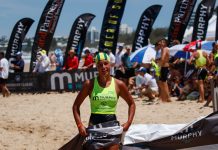 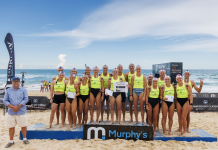 First timers turn it on as O’Sullivan swoops, while super Cooper fulfils his potential. 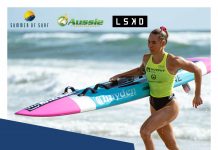