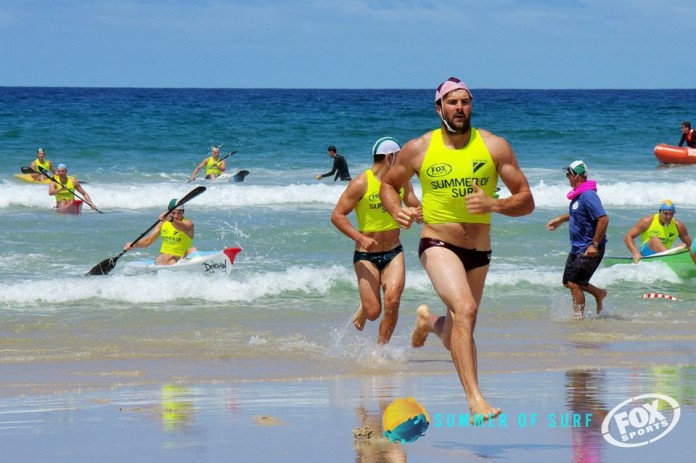 The Daikin Surf Ski Series is back bigger and better than ever for the 2015/16 season! The first round of the Summer of Surf kicked of at Kurrawa last weekend, and with some of the best competitors in Australia it made for an extremely exciting competition!

Current Australian Surf Ski Champion Nicholas Crilly looked strong in the men’s Dakin Surf Ski Series, but it was Northcliffe’s Kevin Morrison that managed to use his expertise to take the win. In a nail biting finish Morrison beat Crilly as he came through on a wave straight to the beach! But it was North Burleigh that proved to be the strongest ski club on the weekend with Crilly taking second, Jeremy Collins third and Alex Nash in fourth.

In the Women’s Daikin Surf Ski Series Amy Nurthen was too strong, leading right from the start. Nurthen’s explosive start gave her the chance to break away from the pack, and she worked hard to keep that distance until the finish line. Georgia Miller, the inaugural Daikin Surf Ski Series, managed to keep up her excellent form from last season taking second place just ahead of Brodie Moir.

Round 2 of the Daikin Surf Ski Series will take us to NSW, the home to some of the best ski clubs in the country. Set to take place on the 7th November at Redhead, we are shaping up for another great event!