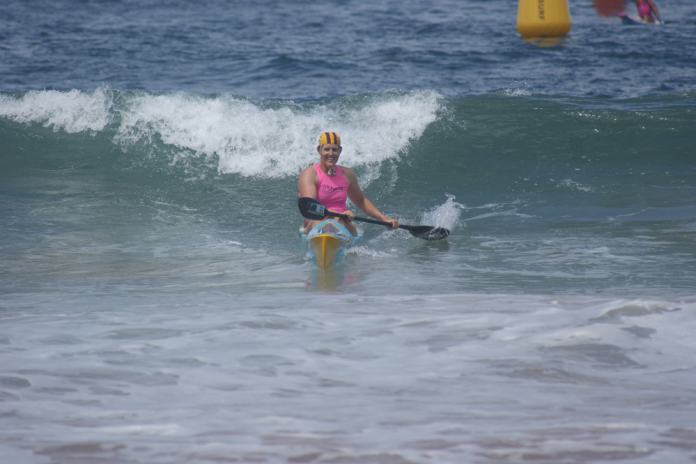 The 8th and final round of the Daikin Surf Ski Series saw the 2015/16 season finish with a bang! With the notoriously tricky shore break at Newport all of the paddlers knew they had to be prepared for anything.

In the men’s event the heavy shore break got the better of most of the athletes, with more than half of the field facing difficulty. On their home beach, it was Newport’s Luke Morrison and Luke Jones that managed to make their way to the front of the field and through the tricky surf. Once in front it became a race in three, with Manly’s Sam Speer chasing down the Newport duo. It was Jones that finally managed to claim the win with Morrison and Speer fighting it out for 2nd and 3rd. Series leader Mitch Trim was disappointed to end his season with a 13th place, however was excited that he was still able to hold onto his title, becoming the 2015/16 Daikin Surf Ski Series Champion!

The Female Daikin Surf Ski race was led out by Northcliffe’s Danielle McKenzie. In what looked to be a secure spot, McKenzie headed for home with a gap on Newport’s Hannah Minogue, Kurrawa’s Bonnie Hancock and Currumbin’s Karlee Nurthen. However after being narrowly beaten by McKenzie in many sprint finishes this year, Minogue was more determined than ever to secure a win! In what was an impressive show of skill and speed, Hannah managed to take the lead from Danielle and cross the line in first! McKenzie was still over the moon to cross the line in second, taking out the overall Daikin Surf Ski Series Title.

This season we have seen many athletes stepping up to take on the best of the best, making it one of the most exciting surf ski series we have ever seen!