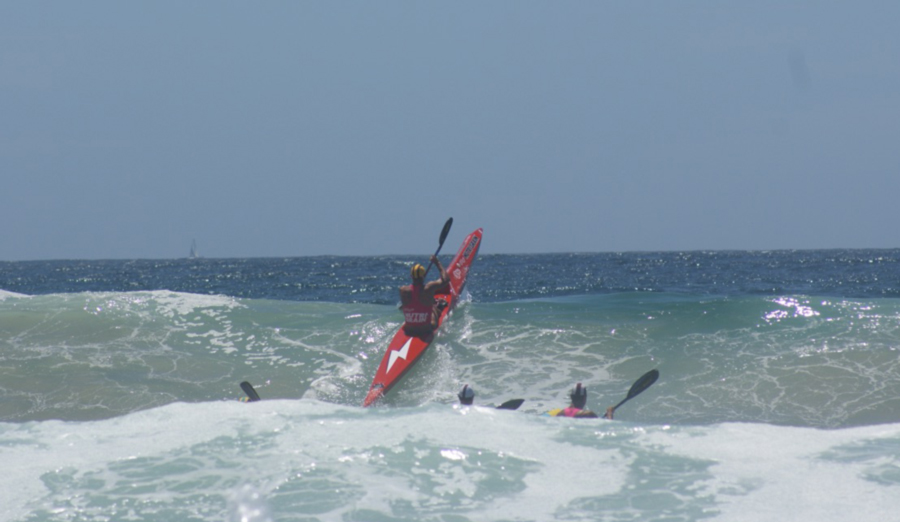 The Daikin Air Conditioning Ski Series continued to evolve as round 10 of the Summer of Surf produced two new race winners.

Renowned for his skill as Ironman, Newport’s Kendrick Louis stepped up to take out the Men’s Open ski, upsetting some of the specialist ski paddlers. Louis proved that his ski is as strong as the best in the country, and will be keen to back up his fine form in round 11 on his home beach! Kendrick narrowly took the win from North Burleigh’s Bruce Taylor and Nick Crilly , who put on a show for a home crowd, keen to prove they are still up with the best. With fresh faces taking out the top 3 positions in round 10, Lachlan Tame from Avoca still stands in the number one position on the leaderboard, followed BMD Northcliffe trio Nicklaas Gale, Cory Hill and Kevin Morrison.

In the Open Women’s Ski it was Jordan Mercer that paddled her way to the number one spot. An unlucky semi-final saw Mercer merely scrape into the final, but this appeared to give her the determination to prove that she could come back fighting. The final could not have been more different to the semi, with Jordan executing an almost perfect race. Danielle McKenzie managed to secure herself second position in round 10, which has seen her move to first in the overall pointscore, ahead of the Nurthen sisters Karlee and Amy. With just two points between each of the tope three girls, round 11 and the Grand Final will be crucial in determining the first ever series champion.

As the Summer of Surf moves to Newport in 2 weeks the Ski Series is sure to explode as every athlete puts in a final effort in a bid to take the Dakin Air Conditioning Ski Title.