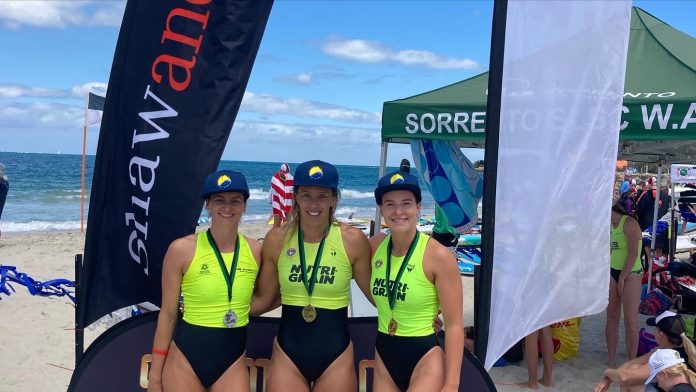 Shaw and Partners athlete Michael Booth (Sorrento) was ecstatic with how the day went.

“The event was fantastic. The best competitors from across the state came together to make it the most competitive carnival in WA of the year. The event featured great formats and was well run with challenging conditions. We can’t wait for next year already!”

Trigg Island’s Patrick Eley, Matthew Bowbridge and Max Hunter all from Trigg Island dominated the board podium while Ceris Humble took honours also from Trigg in the open women’s board race.

It was Sophie Lloyd, Macarah Mallis and Jazim Shipway who rounded out the remaining women’s podiums in the Swim, Iron and ski races respectively with great racing from all!

With WA borders predicted to open on the 5th of February, athletes will be able to bring over their precious season point score winnings as they contest for overall series honours in the Shaw and Partners Shannon Eckstein Ironman Classic which will round out the summer of Surf on Feb 11th & 12th at the famed Northcliffe Surf Life Saving Club.

Full event results can be found here as well as the overall 2021/22 Shaw and Partners Summer of Surf Series leader boards.