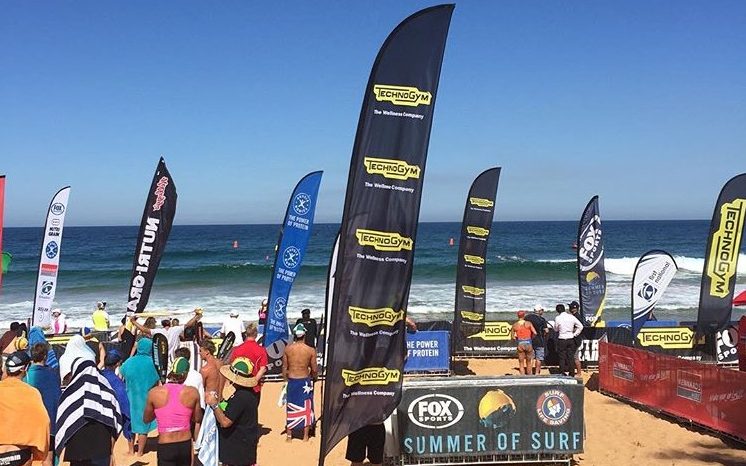 The first round of the Summer of Surf saw clubs from all over Australia descended on the Sunshine Coast last weekend to stake their claim for the title of Australia’s Best Club. Nearly every state in Australia was represented, with nearly 50 clubs in attendance for Round 1 at Alex Headlands. All the usual faces were there with Northcliffe and Newport sending their usual superstar roster. However, the big surprise came from the host club of Alex Headlands who were strong across all team races (especially if a ski was involved). With some smart recruiting and top notch coaching the Alex Headlands club has seen a resurgence in the past few seasons, and are a very real threat for the Overall Technogym Club Championship. However, Round 1 belonged to the Newport Club who have carefully selected their 12 athletes across all beach and surf events and have jumped to handy lead. Going back to their home beach for Round 2 Newport will take some serious stopping.