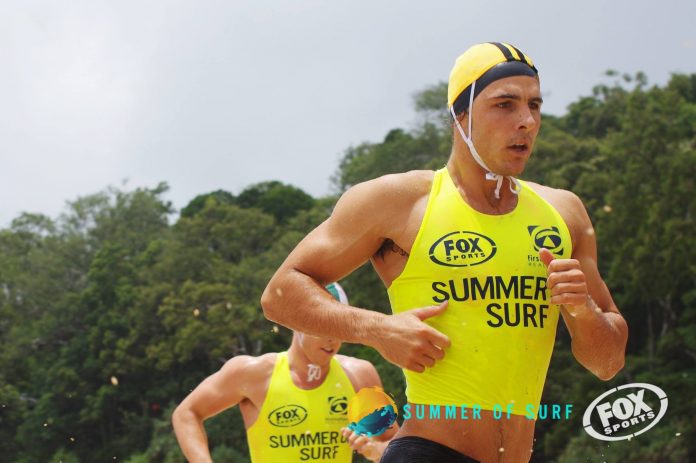 The Coolangatta Gold is done and dusted for another year and it certainly didn’t disappoint. There was controversy, surprise results as well as the same old faces.

Ali Day obliterated an extremely strong Men’s field, while in the Women’s we saw 2011 champion Courtney Hancock take an emotional victory over a classy Women’s field in what she described as “the best race of her career”.

7:30am the gun went for the start of the Elite Males Long Course and the pace was on. The boys wasted no time with all the big names going straight to the front. Ali Day got off the ski first and never looked back. With 4 strong legs Ali disposed of the Men’s field in a time of 3.54.29. After a costly time penalty Matt Bevilacqua held on for 2nd nearly 8 mins behind Ali. Next came the surprise of the day, with youngster Alex Wright taking 3rd place in his first Open Long Course race, leaving a lot of strong Ironmen in his wake.

Courtney Hancock is back! Courtney put on an absolute clinic in Women’s race, leading from start to finish. With a dynamite swim leg, Courtney gapped her nearest rivals and from there she never looked troubled. The race was on for 2nd when Bec Creedy created a handy lead in the swim/board to start the run with a handy buffer on Allie Britton. It took the 2nd fastest run leg of the event (including the open males) by race dark-horse Allie Britton to catch Creedy and put herself into 2nd place. Creedy finished off strong to round out the podium in what was a thrilling Women’s race.